Day 1,2 and 3 of Residency at the Maison de Gravure / Montpellier

working on Songs of Nature series and Carrier ideas . These are all fairly small 29 x39 cm zinc plates na d 20x 25cm copper plates. The copper I have really enjoyed using – much more responsive to the delicate drawing – on both i have experimented with white soap ground on short bit times to try and get a meter more diverse aquatint. This week also i went out drawing directly onto the plates by the waterfalls in the gard – near Ganges. Whilst there I had a meeting with an otter – who came right up to me to check me out – it was actually snowing but you cant see that in the pictures. 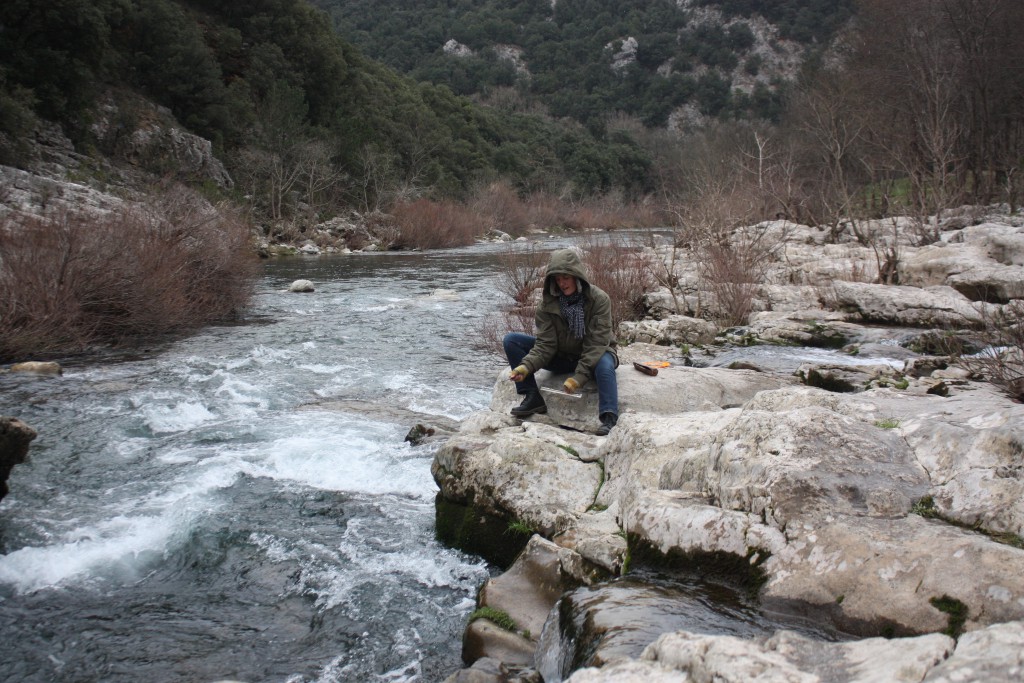 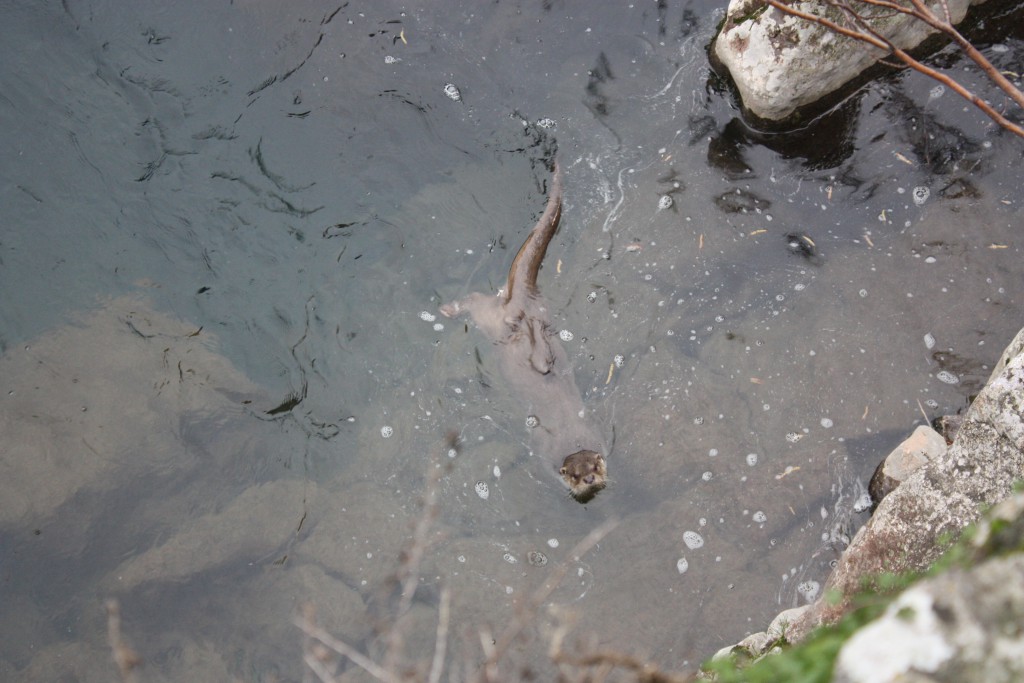 Worked on small Copper plates – partly exploring techniques with soap and the idea of empty shacks/ tree houses. working on copper was so much better than Zinc, the line much more sensitive. All aquatints were using Edinburough etch rather than Nitric – which I would have preferred, but was not an option for me at the Atelier here. 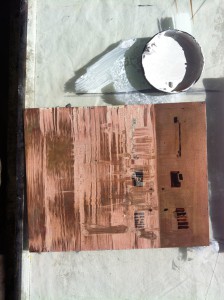 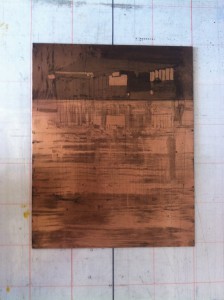 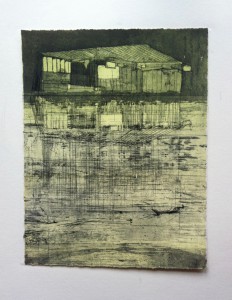 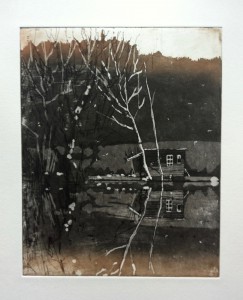 After drawing at the waterfalls near Gange a few weeks before I wanted to continue with a zinc etching for the Songs of Nature series (using Braille holes). I made 3 plates but only one was really any good . Based on a fish trap that I saw in the river. I printed it in black on paper with gradating colours . In the end I used Blue / black and double printed . 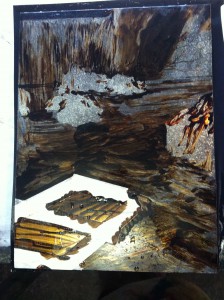 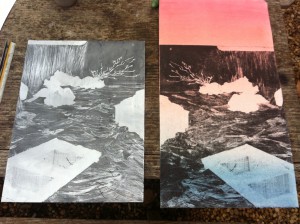 Began work on the large plate. The disused Greenhouse and farm up the road is going to be a constant source of inspiration for me this summer.  What interested me initially is the idea of the outside being inside this fragile structure. I wanted to somehow experiment with this structure in print – using predominantly a linear approach.

Drawing up the large zinc plate was very time consumming – through the hard ground. It took all day to get it right. I left the hard ground with its faults – which I wanted to become part of the etching and I knew the acid would bit through.  Again colour needed to become part of this piece and as I had just worked on 2 large drawings for Bearspace Gallery in London i decided to use gradated pre coloured paper – rather than my chin colle gradated paper. 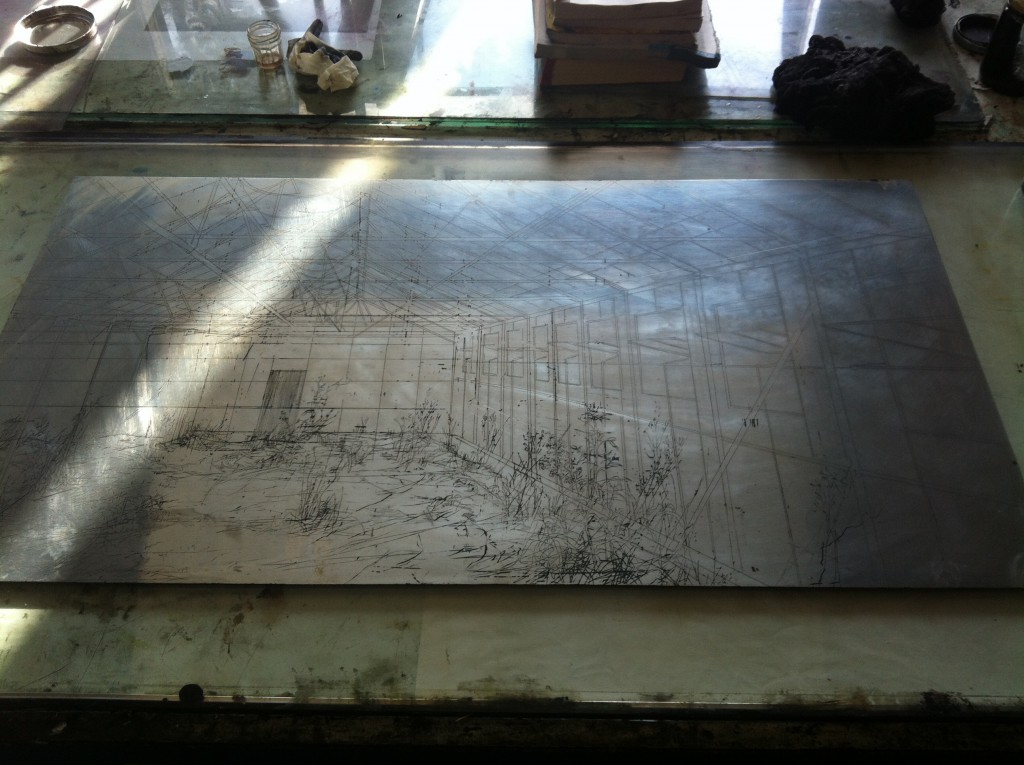 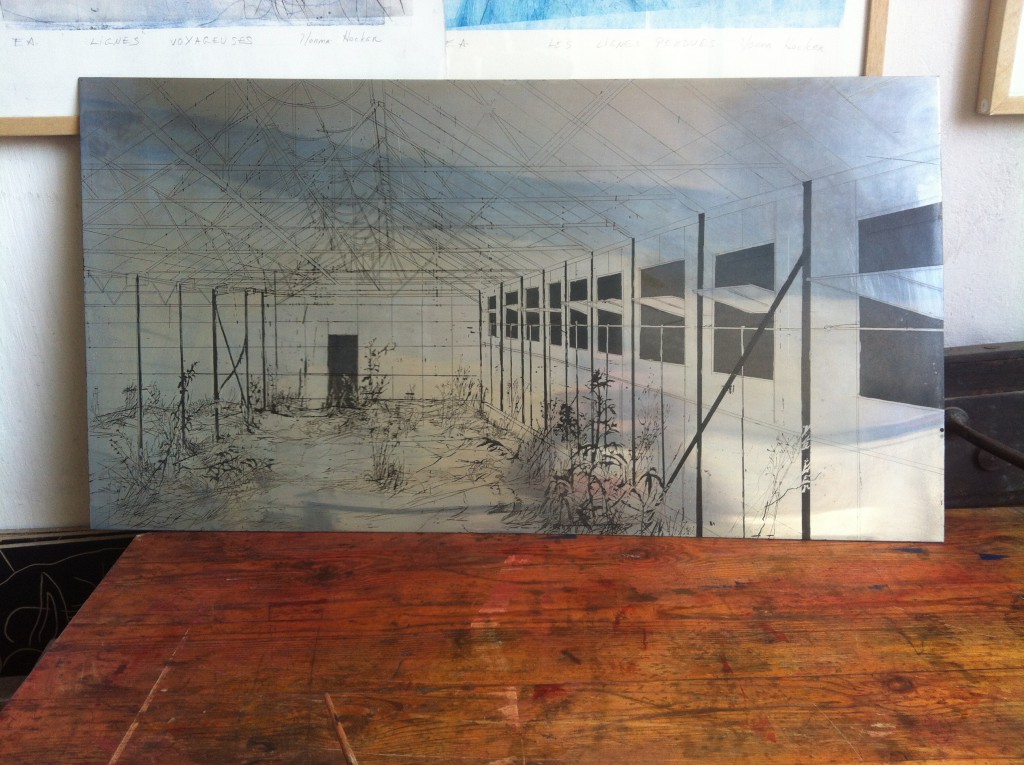 after aquatinting the windows and door 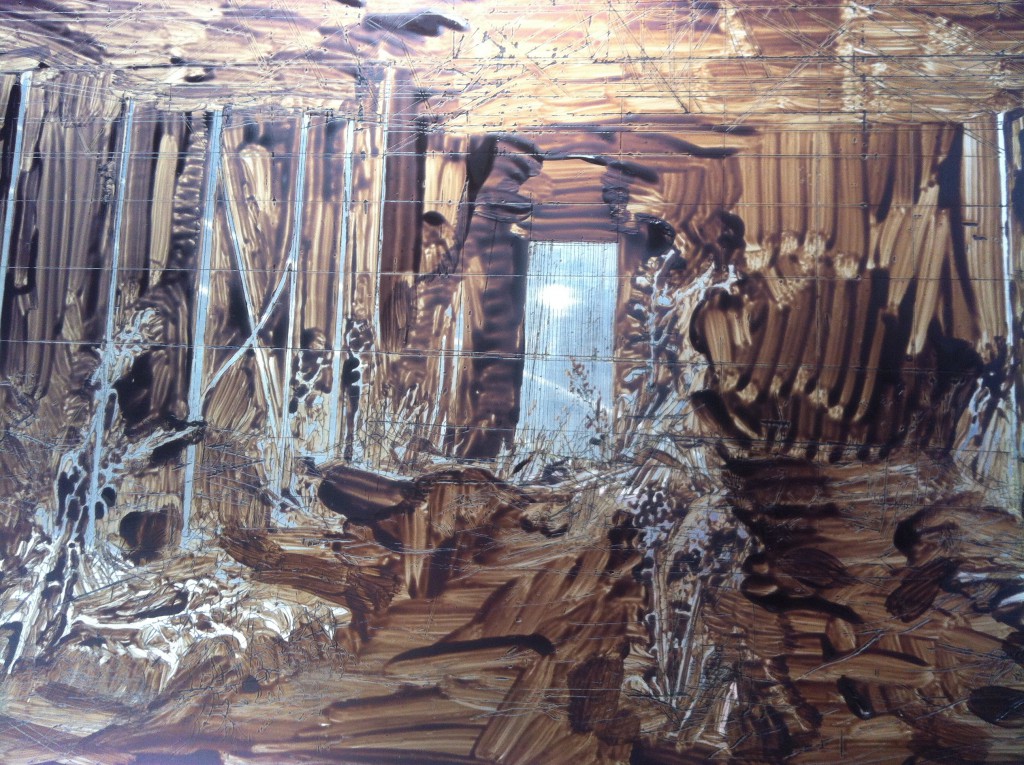 painting our for aquatinting the foliage. 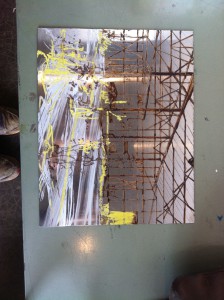 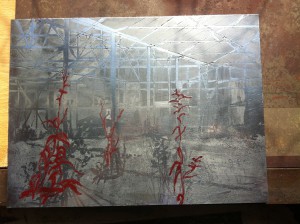 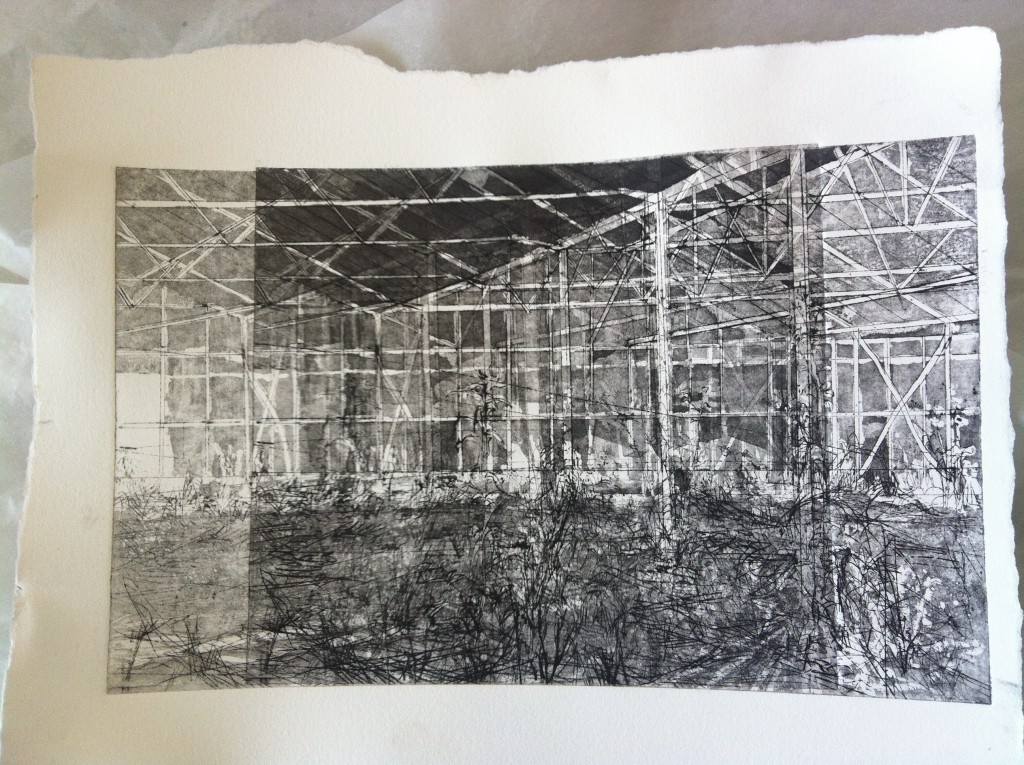 plates with soap before aquatint and sugar lift for foreground and first print.