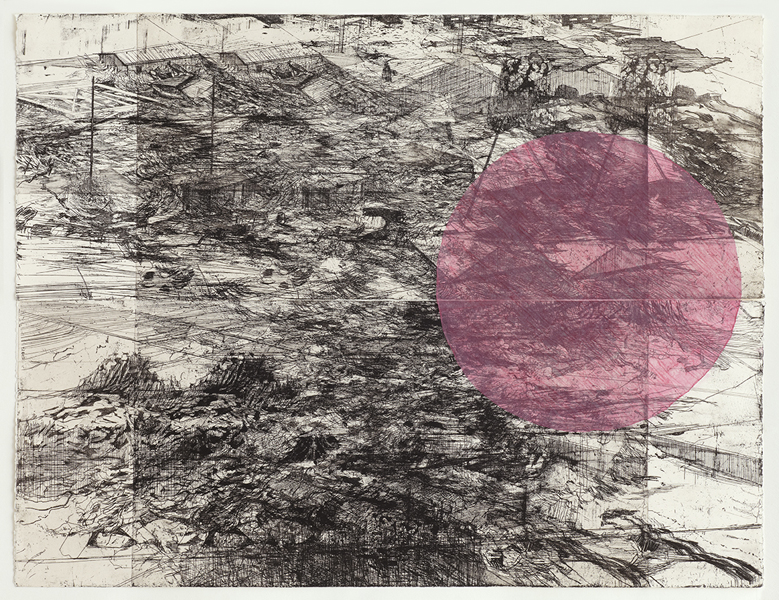 The Sea – This is a recurring theme in my work – It is a point where movement and the ungraspable world start. Also a boundary where one effects the other – carrying away debris from disasters  or evidence of  mans footprints on the land. The changing nature of it and the discorse surrounding its romanticism and sublime nature keeps re defining the sea  for me as a subject matter.  The relationship to it changes through the work as I make pieces that discuss it power and influence in different ways. The work in 2013/14 such as 200,000 /constant /ghost box  were made in response to Tsunami of 2011 in Japan – culminating in Boundary – which was shown in Tokyo in 2012.

The title refers to The North Pacific Gyre where most of the debris from the japan Tsunami has ended up.

caused by a convergence of ocean currents and wind. As the currents meet, the earth’s Coriolis Effect (the deflection of moving objects caused by the Earth’s rotation) causes the water to slowly rotate, creating a funnel for anything in the water. Because this is a subtropical gyre in the northern hemisphere it rotates clockwise. It’s also a high pressure zone with hot equatorial air and comprises much of the area known as the horse latitudes. Much of my work can be seen in many ways – this etching deals with the loss of the etching itself and a sense of journey, of the viewer along it through repetition. 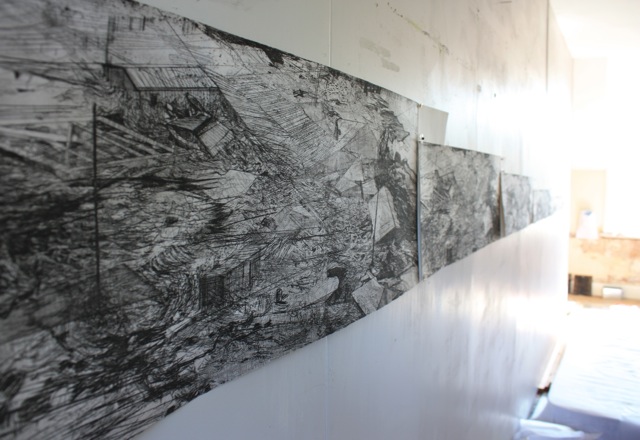 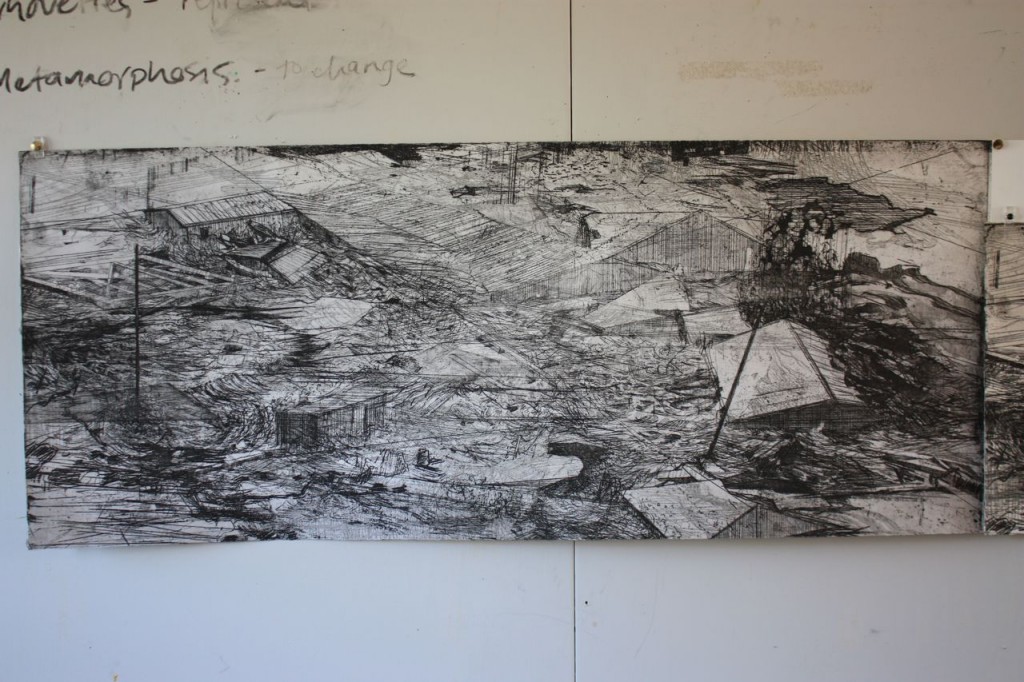 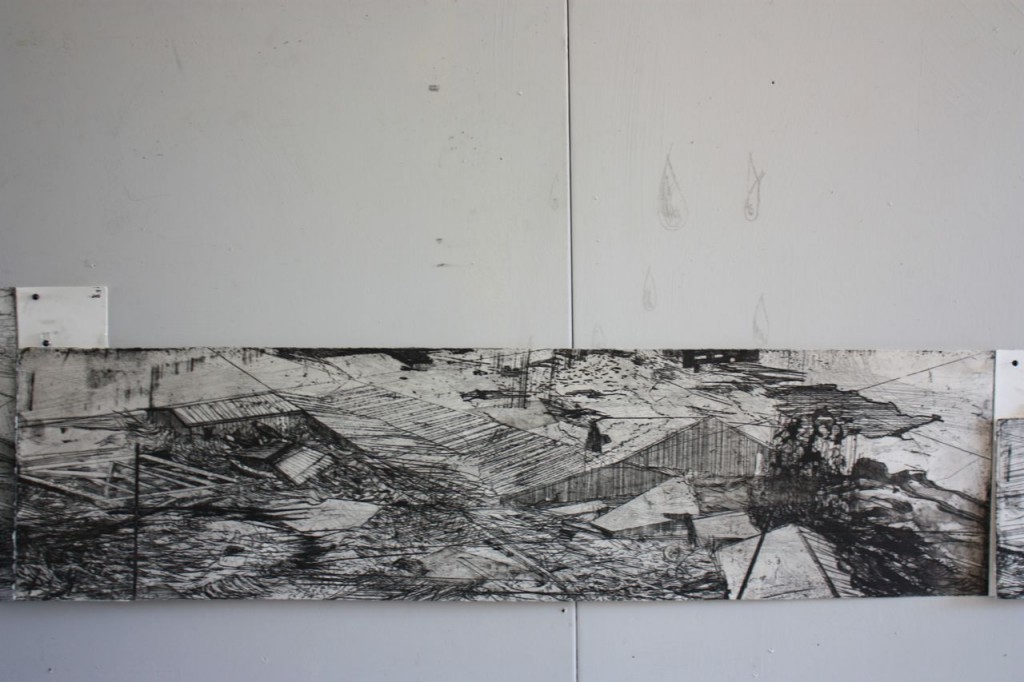 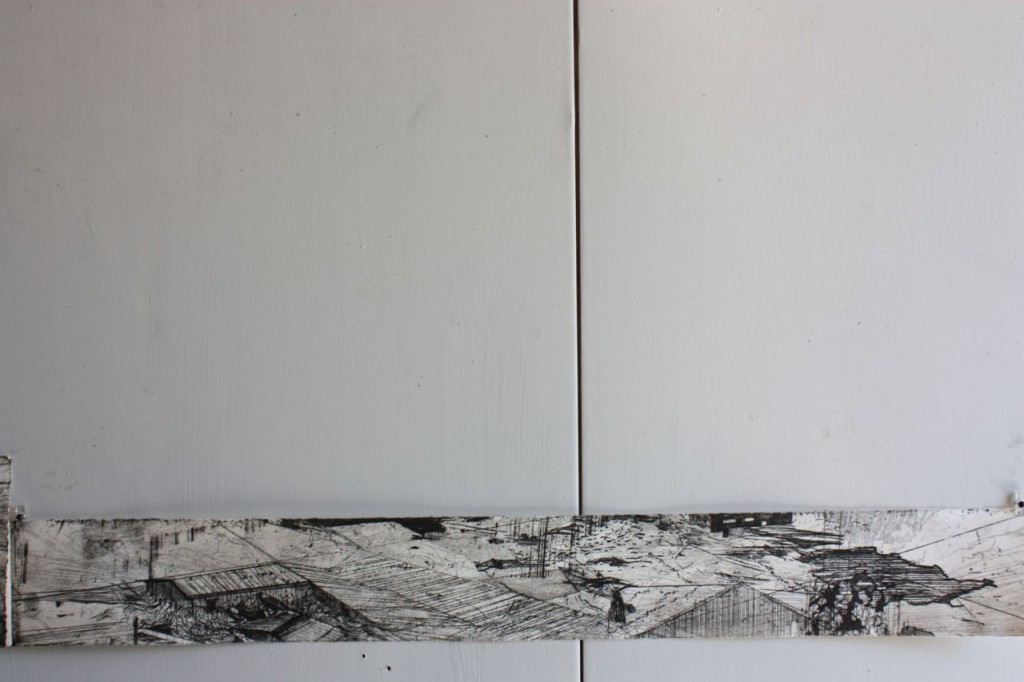 The final Large format editioned etchings are held together with a chine colle circle overlaid – This version is over printed twice and shifted through the second printing 107 x 82 cm.  The second version is slightly shifted to give a blurred effect / printed in yellow and black   89 x 82 cm 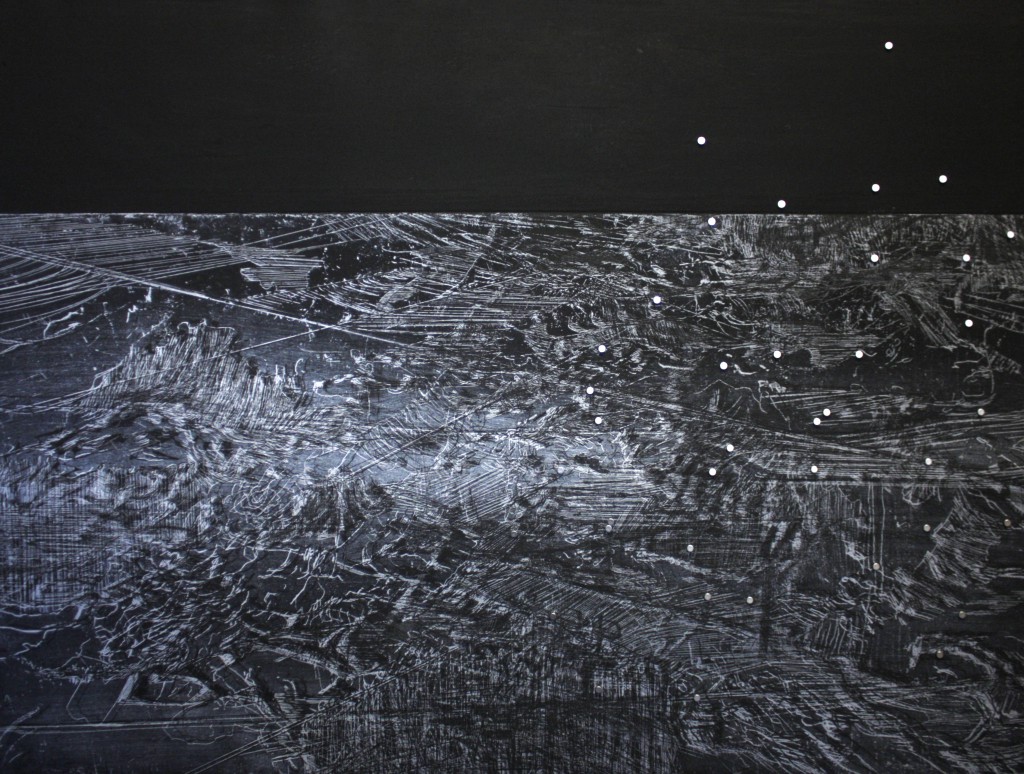 This was in fact part of the plate in 200,000 used and doubled printed on black paper. 2014 Printed for the solo show – Dream life of debris. Bearspace Gallery London July 2014