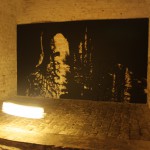 This piece was made in relation to the space of the Crypt In London Euston – Originally a Catacomb the remains were removed – the title a line form a poem  alludes to the notion of inversion – life still existing underneath, a shadow life. the suspended light cast slim shadows and flickered the cut lines. This piece was later recut and used for another exhibition – The Day Remains. 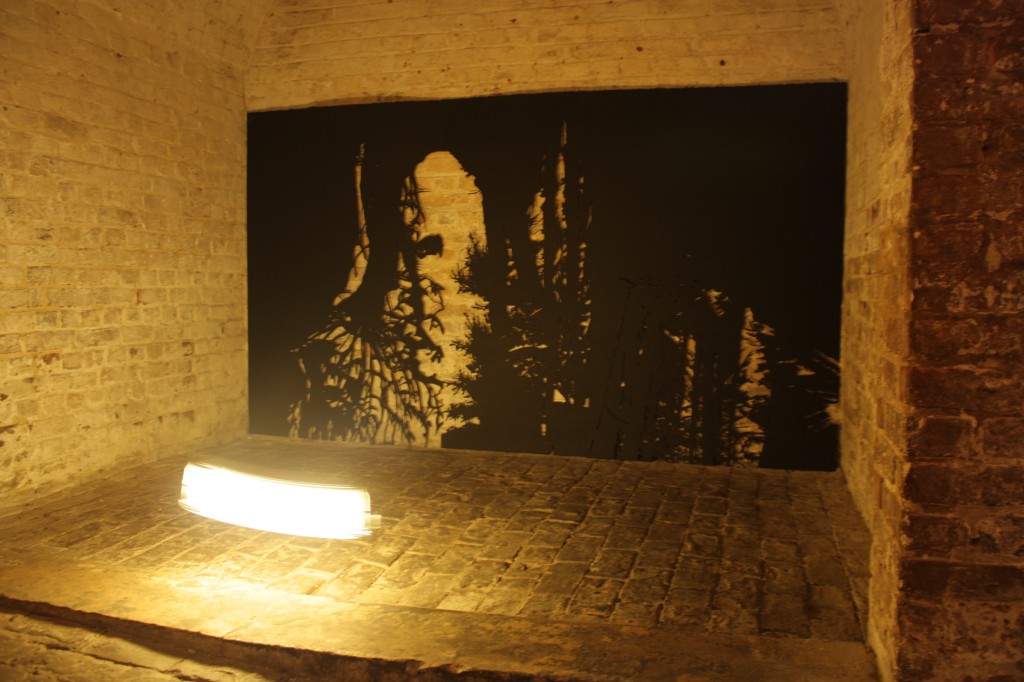 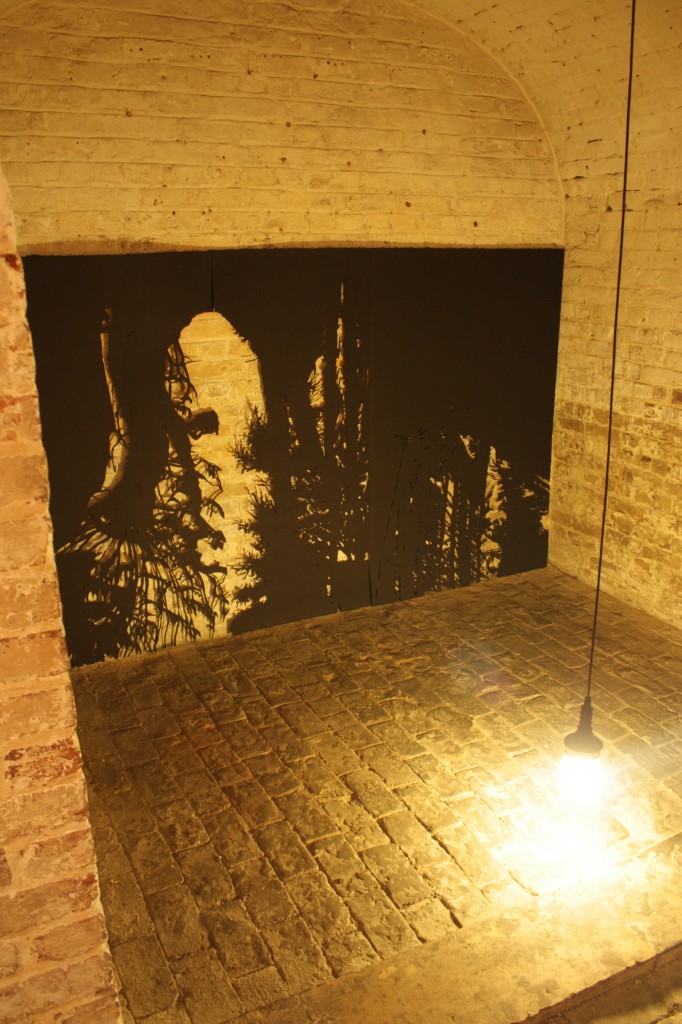