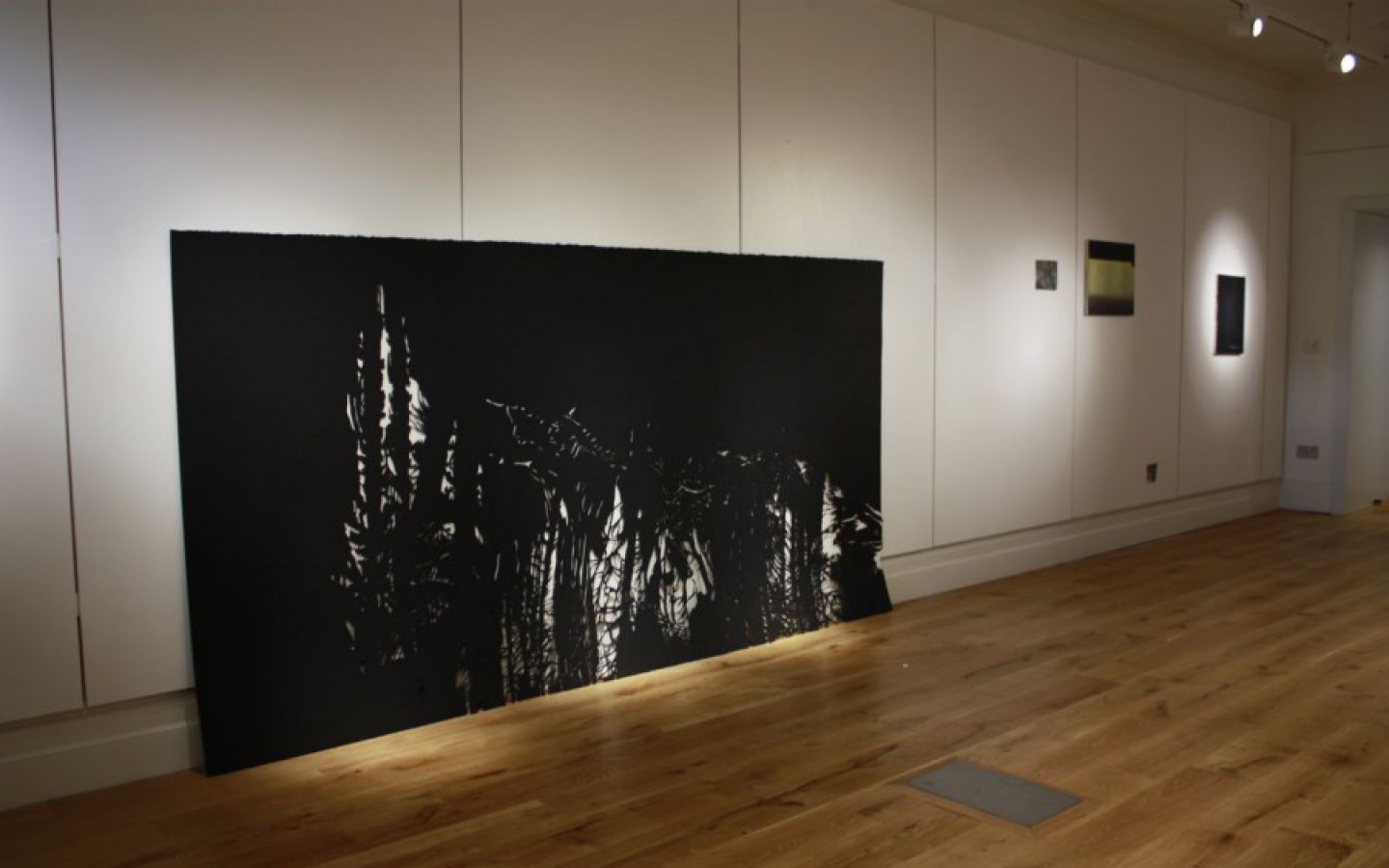 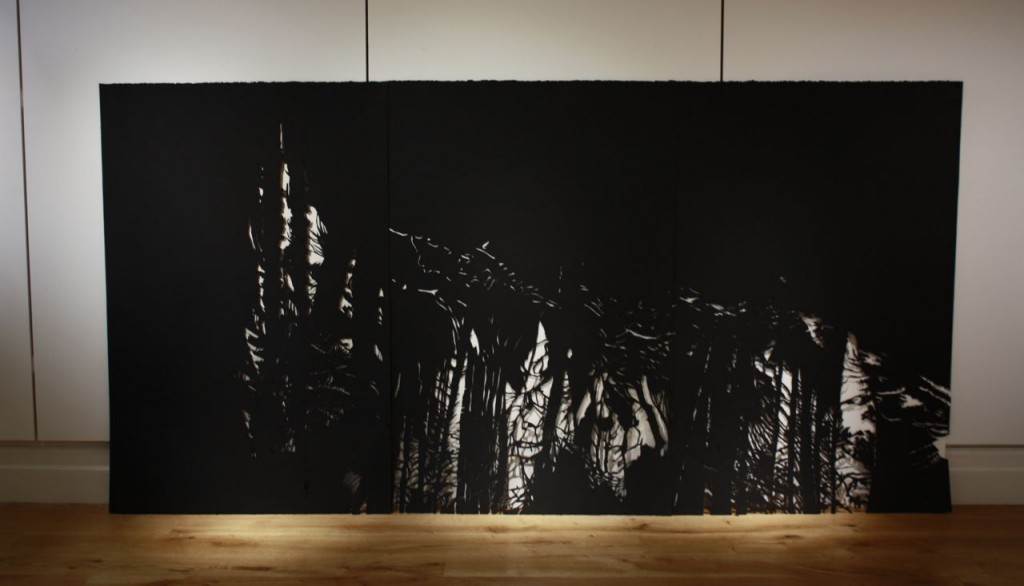 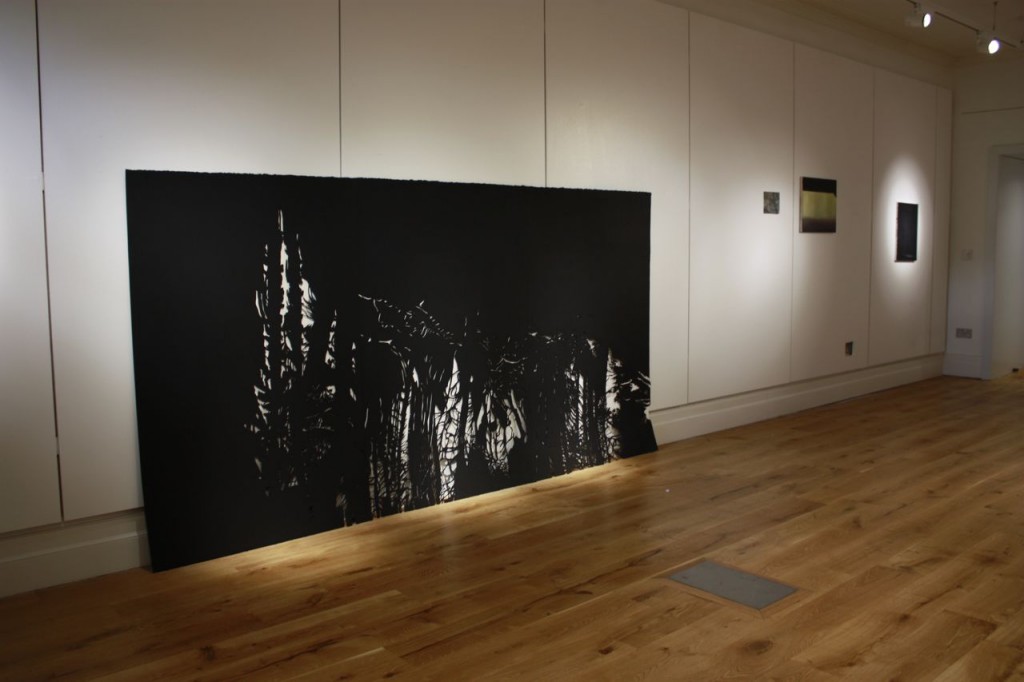 Not a wasteland was originally made for the Euston Church crypt – Surface exhibition 2011. This instillation at The Peltz Room Gallery shows the piece altered for the space. I took the idea of the church and sacred spaces and drew on influences from the early christian notion of the wood and trees being the first christian/pagan symbols. Referrencing  Albrect Aldorfer an early german romantic landscape artist who first incorporated landscapes into holy narratives – i projected and used parts of his depictions of trees and then cut them out of the black paper. These are then inverted and hung touching the floor – so as to increase the idea of unseen growth, the top of the paper being at eye level and acting as a horizon.  The title came by chance when i disovered that J D Salinger had written a book about a poets life journey called the inverted forrest – in it is the line  ” Not a wasteland but an inverted forrest with all the foliage underground” .