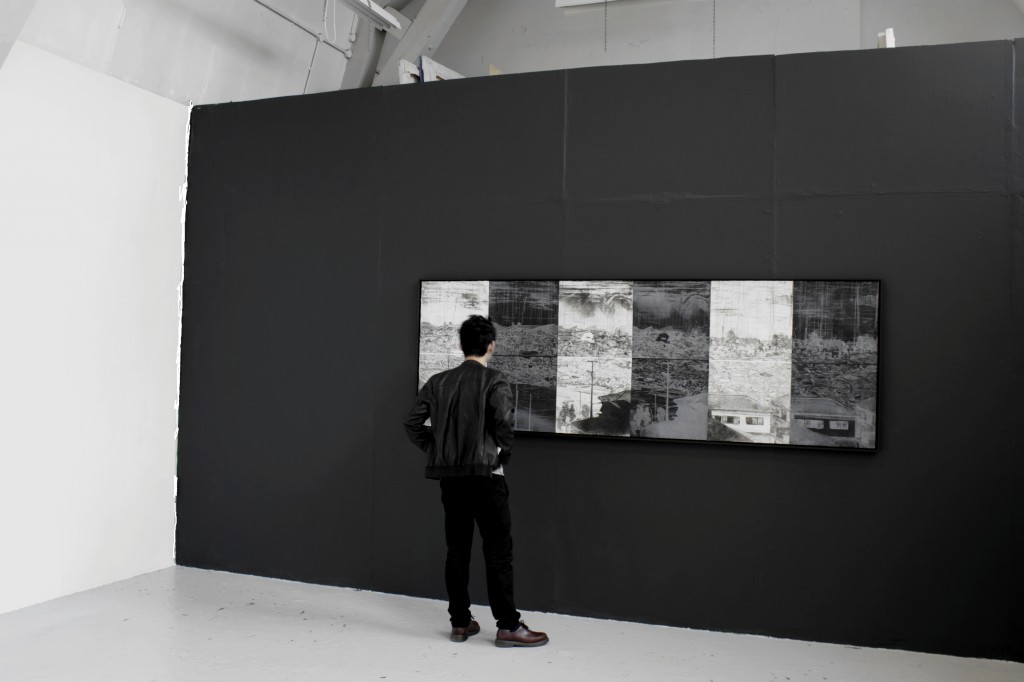 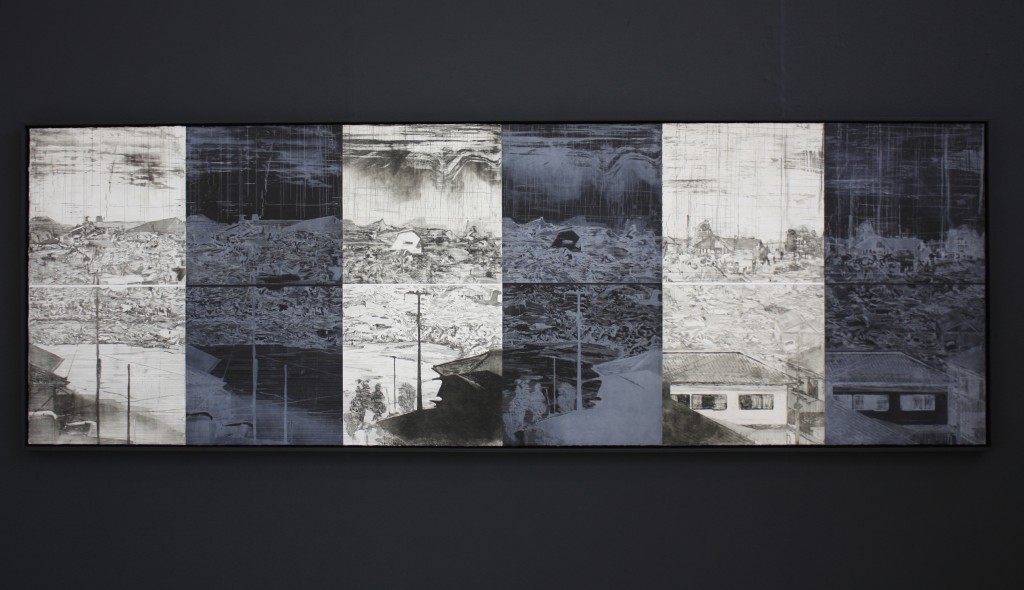 Tusnami Etching – alternate black/white
This etching is made up of alternate positive and negative prints white on black and black on white.  Each panel is 45 cm x 98 cm They were made in response to the Tsunami disaster that struck japan in 2011 It is 270m long but could equally be repeated along an entire wall of a gallery. Boundary is a drawing about the impact of water on a city Minamisanriku in Japan an attempt to look at an environmental and historical moment brought about through the power of water,the seismic shift between presence and loss of one city.

The piece therefore rests on the idea of knowing in the historical sense. Deluge first described in Genesis 6:1-9:19 and then depicted by Artists from Durer (dream drawing) and Leonardo’s Deluge over a city to John Martin and Glen Brown apocalyptic consummation of the world by elements such as fire or water Media footage of the devastation caused by the Tsunami in places such as Minamisanriku, in the Motoyoshi district of Japan made me consider the technological gap between witness and event. It fundamentally challenges how we relate to the sea and our own urban landscape and cities. Coverage and personal photographs of the people who survived gives access immediately and emotionally and yet emphasises our own physical distance from it. Our extremes of natural disasters/technological dependance to recording it pose questions of experience .

How does that relate to the intimate activity of drawing? “How can mankind experience its own destruction as an aesthetic pleasure” walter Benjamin

In it I researched the Japanese woodcut of Hokusai and after looking at them at the V&A I referenced elements of the way in which he uses line , repetition, decoration and blank spaces to balance the final piece. The sections work several ways splicing the image and re emphasizing the frame and the viewer. So the image becomes fractured and broken repeating itself – this is a metaphor for the endless cycle of repeated Tsunamis across the world.

Fragile architecture floating, moving across the land – what we perceive as immovable – cities were shown to be swept away in moments. It is a site of disappearance and erasure but also accumulation. I wanted a pause and contemplation of what was once present and is now missing. – it uses technology and yet goes back to the basics of etching and drawing. The plates are made through blowing up the poor quality images and intensive looking and inventing of what was there in the picture. The same positive and negative prints are placed together -visually extending the topography.

The piece can be shown in many ways each plate is 36 x 36 inches square can be printed separately and put together.These Photos show the piece 270 m long made up into a glassless black frame panel and presented onto a black. 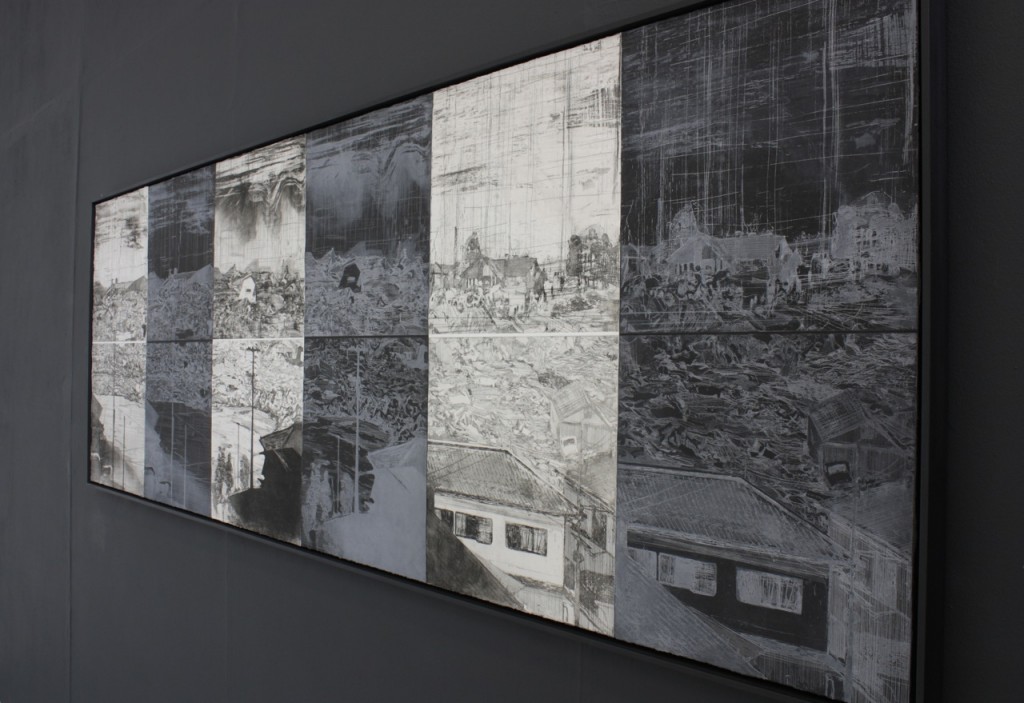 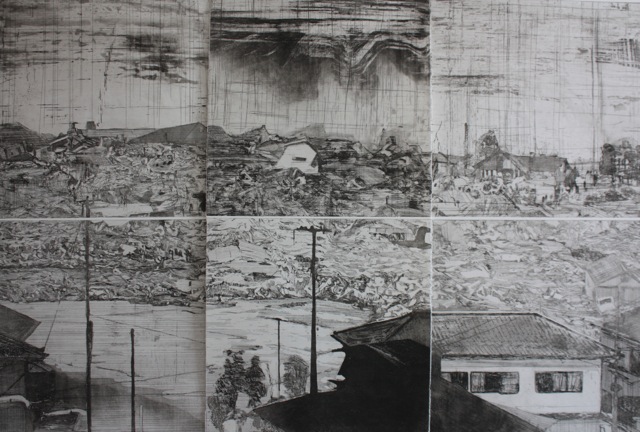